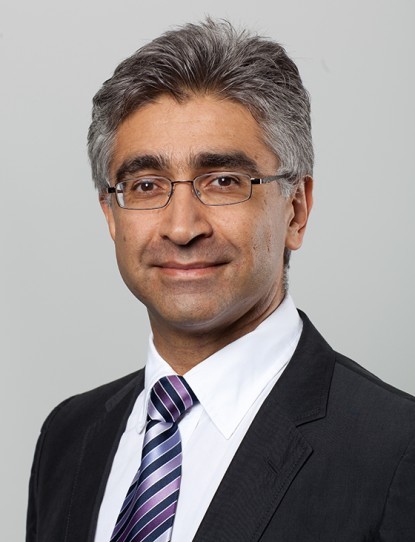 Ahmad-Reza Sadeghi is a Full Professor of Computer Science at the Technical University of Darmstadt, in Germany, where he heads the System Security Lab. Since 2012 Prof. Sadeghi established a long-term cooperation with Intel. It has already emerged in several Collaborative Research Centers on various topics such as Secure Computing in Mobile and Embedded Systems; Autonomous and Resilient Systems, and Private AI. Moreover, he also established the Open Lab for Sustainable Security and Safety (OpenS3 Lab) with Huawei in 2019.

He received his Ph.D. in Computer Science with a focus on Cryptography from the University of Saarland, Germany. Before academia, he worked for several years in Research and Development of Telecommunications industry, amongst others Ericsson. He has been leading and involved in many national and international research and development projects in the area of design and implementation of Trustworthy Computing Platforms, Hardware-assisted Security, IoT Security and Privacy, Applied Cryptography, and Trustworthy AI.

Prof. Sadeghi has been serving as General or Program Chair as well as a Program Committee member of major venues in Information Security and Privacy but also Design and Automation such as ACM CCS, IEEE Security and Privacy, NDSS, USENIX Security, DAC, DATE, and ICCAD, just to name some.

He was also an Editor-In-Chief of IEEE Security and Privacy Magazine. He served five years on the editorial board of the ACM Transactions on Information and System Security (TISSEC), and as a Guest editor of the IEEE Transactions on Computer-Aided Design (Special Issue on Hardware Security and Trust). Currently, he is on the editorial boards of ACM Books, ACM TODAES, ACM TIOT, and ACM DTRAP.

He is also co-initiator and co-organizer of the world’s largest hardware security competition HACK@Event that is taking place since 2018 at top-tier venues such as the Design Automation Conference (DAC), USENIX Security, and Conference on Cryptographic Hardware and Embedded Systems (CHES).

In 2008 Prof. Sadeghi has been awarded with the renowned German prize “Karl Heinz Beckurts” for his research on Trusted and Trustworthy Computing technology and its transfer to industrial practice. The award honors excellent scientific achievements with a high impact on industrial innovations in Germany. Further, his group received the German IT Security Competition Award in 2010.

In 2018 he received the ACM SIGSAC Outstanding Contributions Award for dedicated research, education, and management leadership in the security community and pioneering contributions in content protection, mobile security, and hardware-assisted security. SIGSAC is ACM’s Special Interest Group on Security, Audit, and Control.

In 2021 he was honored with the Intel Academic Leadership Award at USENIX Security for his influential research in the field of information and computer security, and in particular hardware-assisted security.